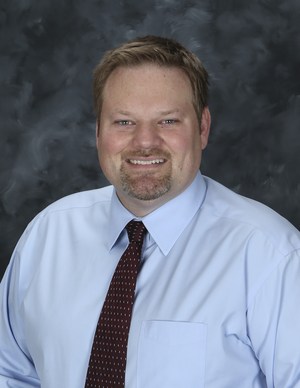 “With his wealth of experiences in a wide variety of educational roles, we are very pleased to have Dr. Cinnamon now lead our secondary programs,” said KCS Superintendent Dr. Lyle Ailshie. “He brings a unique combination of skills and a successful track record in areas such as counseling, administration, special education, and curriculum and instruction. I am confident he is the right person to lead our middle and high school programming to even greater levels of success.”

Dr. Cinnamon’s experience includes nearly 16 years in the field of education, most recently serving as the KCS Assistant Director of Special Education and Supervisor of Early Childhood Programs/Principal of the Palmer Center.  He began his career in Wichita Public Schools (KS) as a school psychologist, relocating to Kingsport in 2004.  While with KCS, Dr. Cinnamon has also served as a school psychologist, Section 504 compliance coordinator, associate principal at Jefferson Elementary School, and assistant principal at Dobyns-Bennett High School.

“I am incredibly honored to have been selected to support teachers, staff, students and administration in striving to achieve the vision and mission of Kingsport City Schools,” said Dr. Cinnamon. “I count it a blessing to work collaboratively with the dedicated educators in KCS, and I am excited about continuing to support student-focused efforts to improve learning in this new capacity.”