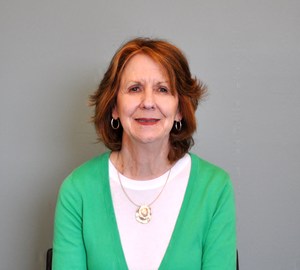 KINGSPORT, Tenn. – Beth Lee, an English Second Language (ESL) teacher at Kingsport City Schools has recently been named the Tennessee Teachers to Speakers of Other Languages (TNTESOL) 2016 Teacher of the Year – Eastern Region by TNTESOL.

The award honors and recognizes outstanding K-12 ESL teachers with a distinguished career in English language teaching and a history of service to students, schools, and communities.

“We are truly fortunate to have such a caring teacher as Beth Lee. She always goes above and beyond to do what is best for her students. TNTESOL could have not chosen a more worthy recipient for this honor,” said Dr. Lamar Smith, Kingsport City Schools Supervisor of Federal Programs.

Lee became interested in ESL when working in a summer Migrant Program at ETSU. She has taught Spanish and English as a Second Language (ESL) in Kingsport City Schools for the past 12 years. Prior to KCS, she taught English, Spanish and Accounting in private schools, other states and at Northeast State. In addition, she has taught preschool for eight years at First Baptist Church in downtown Kingsport.

“In accepting this award, I gratefully acknowledge excellent mentors past and present,” said Beth Lee. “I remain both humbled and blessed by the opportunity to teach my rich, beloved English language to students from all over the world. To live out the command of loving my neighbor as myself through teaching is a high honor.”