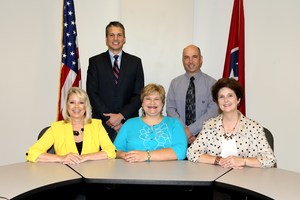 The Kingsport Board of Education is made up of five elected at-large, non-partisan members. Each member serves a four-year staggered term. Elections are held in May during odd numbered years. New Board of Education members are seated on July 1 of each election year.

For more information on the Kingsport Board of Education and a complete list of members, please visit k12k.com, Board Members.