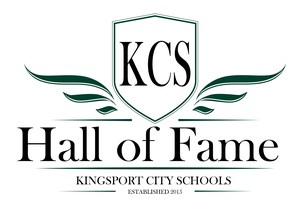 KCS will recognize and induct the second class of the Kingsport City Schools Hall of Fame during the back to school teacher Convocation event on Tuesday, July 26.
Published July 25, 2016 at 10 a.m.

The class of 2016 elected to the KCS Hall of Fame includes:

Mrs. Margaret Bays. Mrs. Bays retired from KCS in 2010 after more than 58 years in education, 30+ of those years with Kingsport City Schools. During her tenure, Mrs. Bays taught music to thousands of students at Johnson Elementary School. In retirement, she has continued to be involved with music activities at many schools, including volunteering her time and attending district meetings or workshops. Widely known in the field of music education, Mrs. Bays is recognized for her dedication in teaching music, appreciation for its art and skill, and application of musical knowledge to life outside the classroom. Mrs. Bays was elected to the KCS Hall of Fame in the Modern Era category (retired post-1990).

Ms. Elizabeth “Lib” Dudney. Ms. Dudney retired from KCS in 1985 after serving as a science teacher at both Sevier Junior High and Dobyns-Bennett High School. She also served as sponsor for many clubs and coached girls’ athletic teams. Identified by her students as a creative teacher who made science “a wonderland of curiosity and adventure,” Ms. Dudney was zealous about offering students the best opportunities available to expand their horizons. In her retirement, she was elected to the Kingsport Board of Education, serving in leadership roles as both vice president and president. She also led fundraising efforts to build the D-B Alumni Fieldhouse, a $3 million venture. Ms. Dudney was elected to the KCS Hall of Fame in the Tradition Era category (retired 1960-1990).

Mr. William “Bill” Hull. Serving as a teacher of English, Bible literature, and journalism, Mr. Hull also coached football and Scholars Bowl teams, retiring in 2009. Thirty-nine years of his 42 years as an educator were spent at Dobyns-Bennett High School. In 2004, Hull received the Excellence Award from the National Council of Teachers of English for his service at KCS. Hull was widely recognized as an educator who truly cared for his students, who believed in their ability to achieve, and who inspired all students to “keep working and moving forward.” Mr. Hull was posthumously elected to the KCS Hall of Fame in the Modern Era category (retired post-1990).

Mr. Cecil Puckett. “Coach” Puckett joined KCS in 1957 after coaching in other districts and serving in the Armed Forces. Coach Puckett taught and coached at Sevier and Robinson Junior Highs, as well as Dobyns-Bennett High School. In addition, he served as KCS Activities Director for a number of years and coached little league baseball and softball through Eastman’s summer program. A gifted athlete and decorated D-B graduate, Coach Puckett instilled in each student the values of integrity, perseverance, and giving ones’ personal best in all endeavors. He is known as a man who set high moral standards for students and peers to follow, and one who quietly taught and led by example. Mr. Puckett was elected to the KCS Hall of Fame in the Tradition Era category (retired 1960-1990).

The 2016 Induction Ceremony will be held on Tuesday, July 26, 2016 at 11 a.m. in the Toy F. Reid Eastman Employee Center. The ceremony is open to the public and free to attend.

For more information on the KCS Hall of Fame and its inductees, visit www.k12k.com or click here.